Skip to content
Previous Next
KNOW HOW TO BECOME : A theoretic approach to lifelong learning

Know how to become: A theoretic approach to lifelong learning

This blogpost is written by a guest author Dominique GEIMER, who explains his model for educational reform How to become (Savoir Devenir), in which transversal competences play a central role. 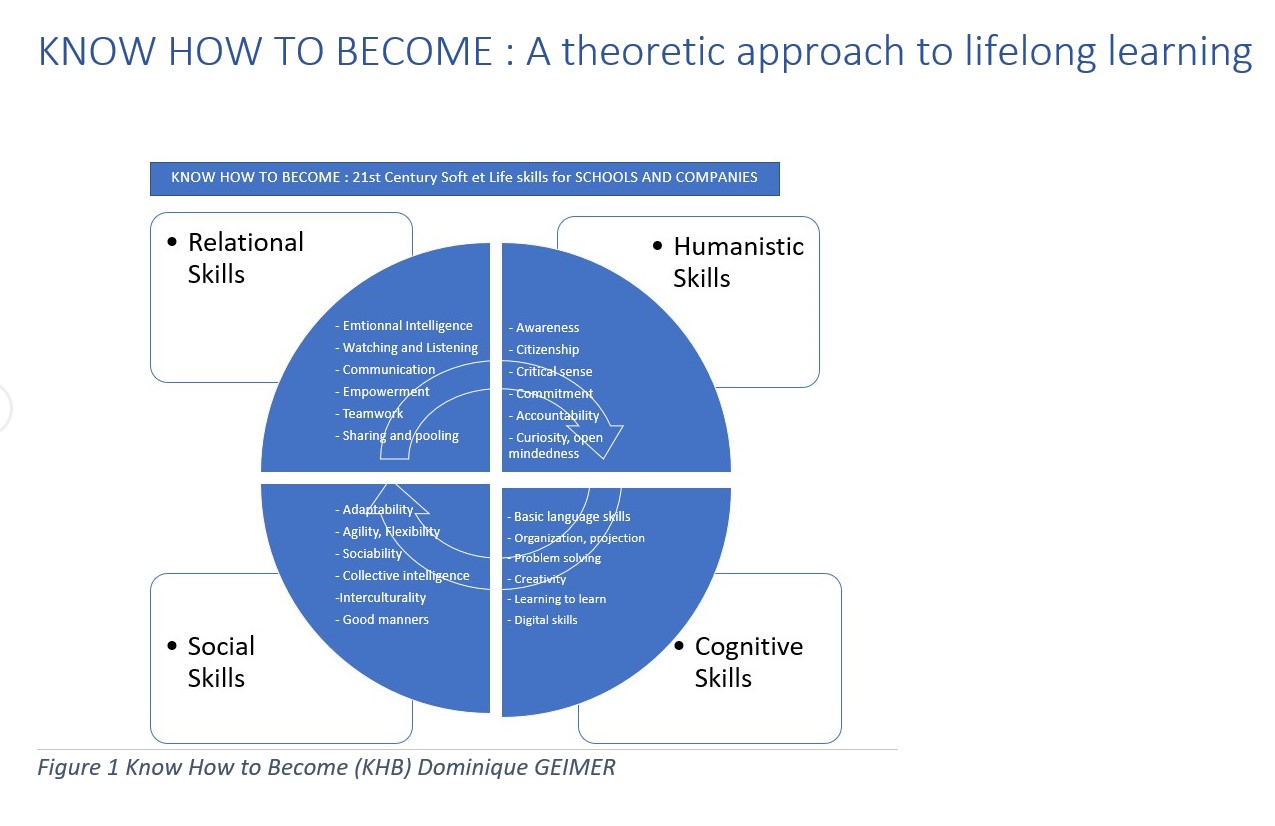 A new educational and entrepreneurial era, around the development of global and transversal skills is emerging. It is reinforced and prioritized by the global health crisis that we are experiencing, and probably by those that will follow or have begun, economically, environmentally, climatically, politically and societally.

This new approach integrates a sum of global skills grouped within the concept of Knowing How to Become (KHB). It combines existing and future skills that meet the challenges posed above:

These skills integrate the “soft skills”, and the “life skills” They intersect and complement each other within the KHB (Know How to Become). They are human, humanistic and humanizing.

The Knowing how to Become is a fundamental issue for schools and companies today and tomorrow, and is part of the perspective of the development of the Person as a whole, aiming to balance knowledge and skills, ensuring that they complement each other.

They are combined around four poles: relational, social, cognitive and humanistic skills.

Social skills have been grouped under six headings : adaptability (in a world in perpetual and rapid motion), flexibility (of tasks, schedules, ways of working, analysis, thinking…), collective intelligence (and therefore sharing, mutualization, which presupposes a certain humility), interculturality (that is to say the ability to understand other cultural attitudes and behaviours and to integrate them without claiming any primacy of this or that culture over another), and finally the Savoir Vivre, which integrates among others Respect, Punctuality and acceptance of the Other.

Cognitive skills are also six in number and concern first the mastery of the basics of oral and written expression of one’s mother tongue, or language of communication, and other capacities such as methodology around the project, creativity, and organization.

Relational skills are mainly organized around the concept of emotional intelligence, integrating empathy, self-esteem and self-control, active listening, interpersonal communication/relationship, teamwork, the ability to decide and act alone or with others. Finally, the skill “learn to learn” is also emphasized in its importance, as well as digital skills (ability to create, realize and choose the right digital communication media for example or to analyze data to name just two).

Finally, the skills that I have called “humanists” are more generally related to the development of the Person as a whole, in connection with his geopolitical environment (citizenship), openness to the world and people, and therefore curiosity, distancing necessary for analysis (discernment, acquisition of critical sense), commitment (taking initiative, openness and responsibility (for their own but also applied to the Other).

It should be noted that these skills are in no way compartmentalized and overlap while complementing each other. The challenge therefore lies in the approach that is made of it, an approach that, even if it is centered on one or the other of its skills, can never be separated from its relationship to others, because always in an evolutionary dynamic. (See the arrows in the diagram). This approach is a basis of what I have called Education schools learning and KHB learning companies. It requires the implementation of a project methodology, and the prioritization of certain items of the Know How to Become.

A few other schemes will follow and complete the reflection undertaken, showing transversality. All of them will be explained in my next book.

Dominique GEIMER has been a teacher, a language and computer trainer, a school leader, and the regional director of private agricultural high schools in Brittany, France. He has conducted numerous experiments and innovations (Silent Way, the first European classes in France, creation of Multimedia Resource Centers…). He is currently pursuing his research in education on the concept of Savoir Devenir (know how to become), and in particular its impact on educational systems and on the world of business and management. 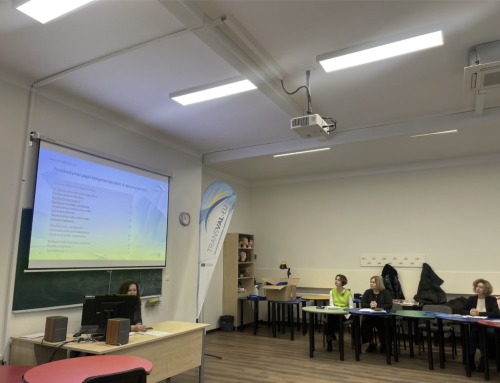 Lithuania: The TRANSVAL-EU piloting phase as a success story

The policy work ahead: TRANSVAL-EU’s landmark on EU guidance and validation systems 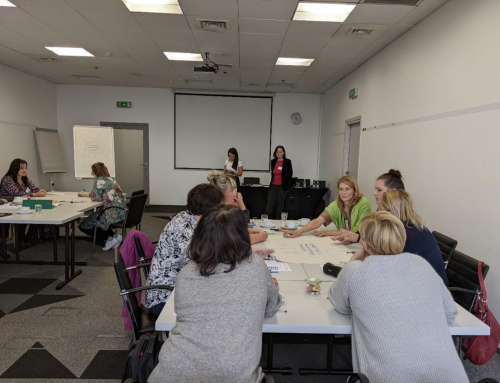 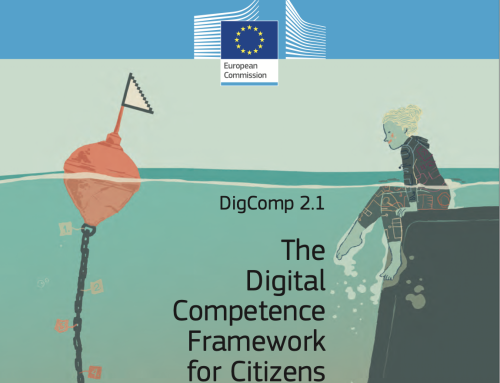 DigComp 2.1 in the Italian Atlas of Labour and Qualifications